The sinuses are air filled bony cavities in the front of the skull that are lined by mucosa and drain via narrow openings into the nose. The openings can become blocked by allergy, infection, inflammation, polyps, and sometimes tumours and trauma, resulting in poor ventilation of the sinuses causing a build-up of mucus and inflammation in the affected sinuses.

Endoscopic sinus surgery uses instruments and endoscopes passed through the nostrils to widen the openings into the sinuses and clean them out. Some or all of the sinuses may be opened depending on the extent of the disease and which sinuses are involved. The surgery sometimes requires a septoplasty to straighten the middle dividing partition of the nose and reduction of the inferior turbinates to provide access. At the end of surgery some dissolving packing may be placed in the nose and sinuses. 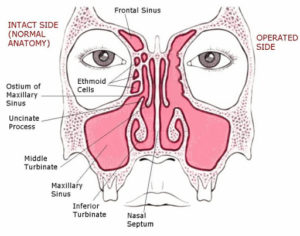 After surgery
The nose will feel blocked and congested with some blood stained discharge for 2 weeks, after which it starts resolving. Do not do any physical exercise or blow your nose for 2 weeks. Most patients require 1-2 weeks off work.

If you have any concerns after your procedure, please contact the following: 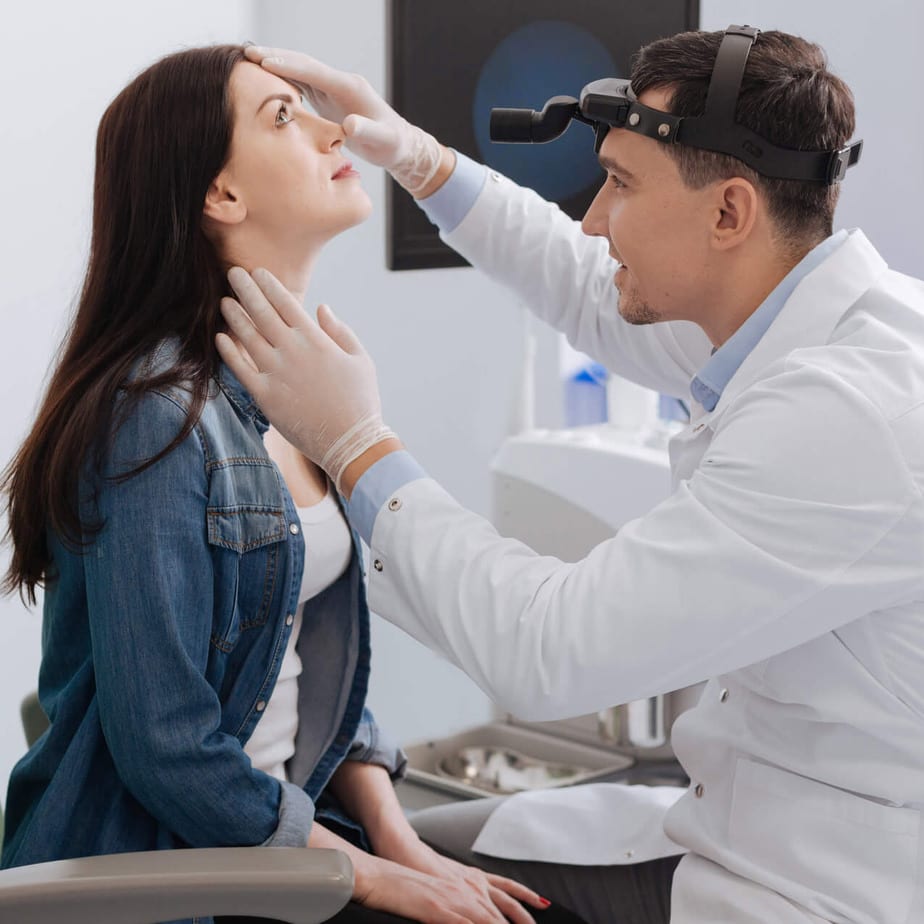